Happy Thanksgiving. I think we all need to get these to take full advantage of this holiday.

I think we should show up at our our celebrations wearing these. What better way to enjoy the peaceful bliss that tryptophan provides than by slipping into a nice food coma in your pajamas that you wore to the house? As a bonus, you can wear these out for you Black Friday shopping. It has an escape hatch for bathroom visits and who is really going to care what you are wearing when you are on the ground wrestling for that last 12 dollar DVD player? So, enjoy your lazy day. Have a lot of food and wear your pajamas. You can keep them for Christmas day, too.
Posted by Mike at 10:46 AM 1 comment:

I haven't participated in one of Carly's photo shoots in a loooooooooooooong time. I'm here to fix that. This week Carly asked for pictures from a walk in the park. I was in a park-like place. It's a nature center that I go to all the time close to the house. It has a little bit of everything in one spot. I always feel very relaxed walking through there.

Anyway, on to the pictures. 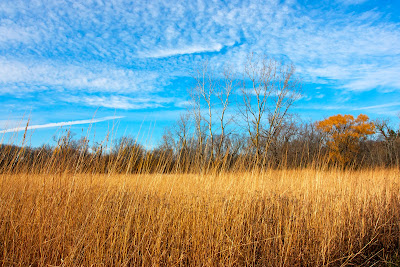 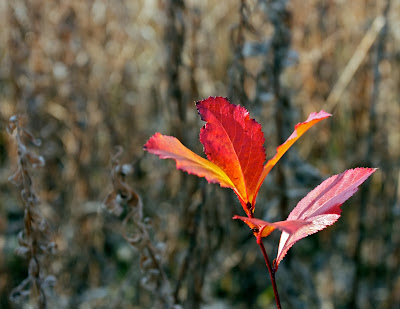 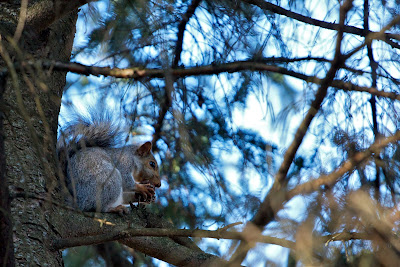 As you can see, fall is pretty much done here. There are barely any leaves left, and most everything is brown. At least we are snow free.
Posted by Mike at 3:50 PM 3 comments:

As I mentioned last time, Jenn is out of town for work for ten days. We are halfway through and I am not insane yet. Success!

Anyway, I have some house project to work on which, if you know me, I suck at. But I worked on painting our fireplace this week. We painted, well, my nephew painted, our family room walls, and we decided to paint the fireplace too. Why you ask? Well, take a look at what it looked like. 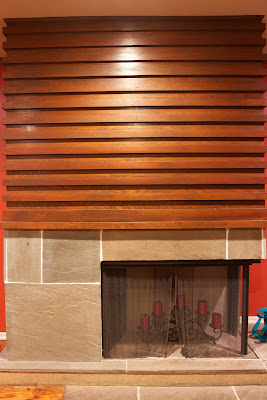 A little on the 70s side, don't you think? We decided that when we painted the room we'd have to do this as well. I was a bit worried since it is finished wood and I knew it would be hard to cover. I wasn't wrong.

On day one I put a coat of primer on. I was actually more nervous after I did this. See how much you can still see through it? I didn't think anything would stick to the wood. 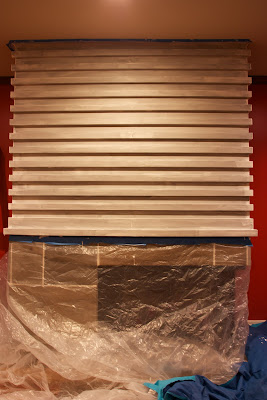 
The first coat of paint went on pretty well. I could still see the wood, but it was much less noticeable. Progress! 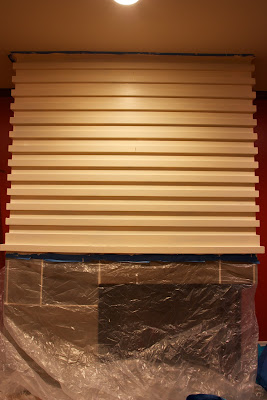 Finally, I applied the last coat today. It's like a whole new fireplace! 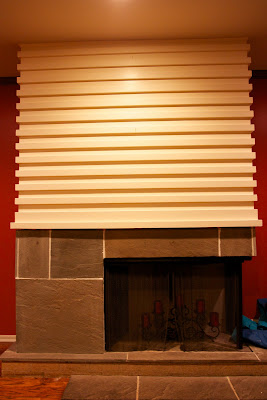 Of course, now we need to put something up. It looks too bland by itself. Don't you think?

Okay, now for some well deserved rest.
Posted by Mike at 11:15 PM 2 comments:

What kind of lame blog am I running here?

I can't believe it took me more than a month to come back here. Actually, I can. I have a short attention span. I'm surprised I kept this thing going as long as it has.

I haven't been around much here, but I'm still on Twitter, Tumblr and Google+. Mostly I've been posting pictures there and I'll probably end up doing the same here. It's what I like to do know, so I should probably put it here. I hope I don't bore you all too much.

Speaking of pictures, here are the last batch from Hawaii.

This is the helicopter that the family rode in to see the sights. How did I get this picture, you ask? Well, I wasn't in there. Our daughter was afraid, so someone had to stay. I took one for the team. What?! I'm not getting in one of those things.


This is Mauna Loa from the helicopter place, Blue Hawaii. I originally thought it was Mauna Kea but was corrected on Google+. 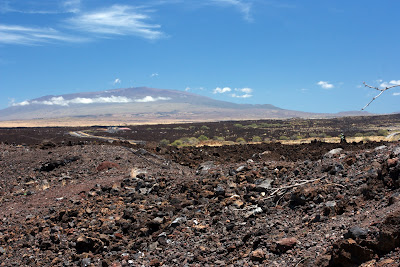 These are some palm trees at The Place of Refuge. My wife and I went by ourselves here. It was a neat place to walk around. Yes, those are people. The trees were TALL! 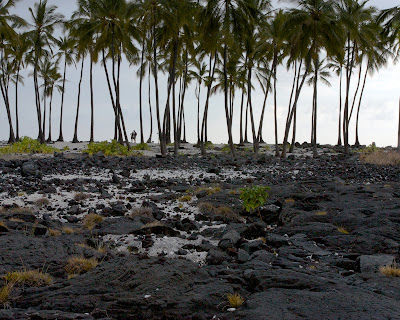 This is from our last night. Some damn good sunsets in Hawaii. 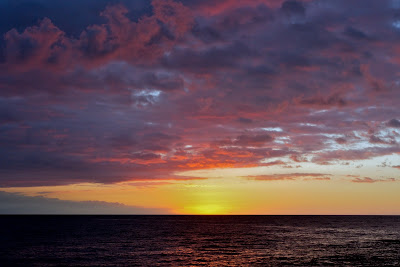 This is also from The Place of Refuge. Blogger wants this picture here and will not let me put it in order. Anyway, you see a lot of little things like this around. Right near here was a sign saying not to do this. It's considered graffiti and since this is sacred ground it's not cool. Though I don't think the person who put this here meant any harm. 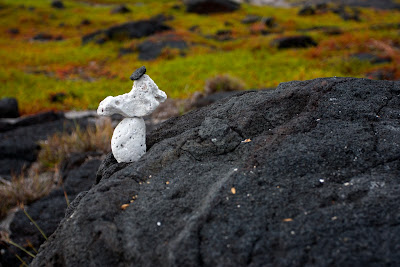 Putting these up so late really make me want to go back to Hawaii. I knew I'd love it, but I didn't think I would this much. I really want to go back. Hopefully in a couple of years we can.
Before I move on I want to thank Dreamybee (not her real name). She lives in Hawaii and was a great source of information and was especially helpful through Twitter when we were stuck in Honolulu. This is why the Internet is great.
On to new business. Jenn just left for India for 10 days. I just looked and her flight is in Dubai now and she heads out to Mumbai next. That's a lot of flying. So, I'm home alone with the kids and getting some work around the house done. You know, painting, fixing up stuff, re-wiring the family room (220-221, whatever it takes).
Right now I'm working on the painting and I'm at the, "Oh shit, this may not work," stage. I'm hoping it's okay, but I have my doubts. I'm painting the fireplace. It was really dark before and I'm worried the lighter color is not going to work. I'm working on priming it now and it just looks like it's going to look like crap. I think I'm doing it wrong. I'm taking before, during and after photos so you can see what I'm talking about. My plan is to have all this stuff done before Jenn gets home. Won't that be a nice surprise? Actually, it will be a surprise if the house is in one piece.
Posted by Mike at 10:06 PM 3 comments: