Since I've been on the afternoon shift the last week, I've been up a bit later watching TV. There is some fun stuff out there now. I ran across "World's Worst Tenants" the other night on Spike. Now, you know if you want quality TV you need to go the Spike and find something that starts with "World's Worst." I was not disappointed.

First of all, the show is staged. I don't know if they state it in the beginning of the show, but it's pretty obvious. It may be a re-enactment of some real events, but it is not happening real-time. The main eviction guy is awesome. He looks like he is about to bust out of his shirt any minute. Or out of his skin, I can't tell which will give out first. But, his best feature is his hair, what little of it there is. The best way I can describe it is a goatee that is on the back of his head. Just watch the clip below and I think you'll agree this is the best, or worst, television has to offer.


And, of course, there are the commercials. You know I love an incredible product that you can find in stores(tm). The GoJo Hands Free Headset is just such a product. Do you hate wearing an inconspicuous headset that make you look like you are Borg? What about those headphones that fit comfortably on your ears? Do you hate them too? Well, the GoJo Hands Free Headset is for you. Looks it's a big piece of plastic that smashes the phone against your face. Isn't that great? Look, you can use it at the gym! People will never notice! I mean, why would you use headphones at the gym? That's just silly!

Obviously the best part of the commercial is the guy putting the laptop against his head. I can't wait to see people using this with an iPad. You know it would happen if the iPad had a speaker on the front.

This is what I do at night. I think I need some kind of therapy.

Two weeks ago Jenn and I stayed in downtown Chicago to get away from it all. In other words, spend some time without the kids. While we were down there we went on a tour to see the architecture along the Chicago River. There are some cool old, and new, buildings down there that I tried my best to do justice to with my camera. It turns out it is not all that easy to take a good picture from a moving boat. Who knew?


Here is the Wrigley Building with the Tribune Tower behind it. 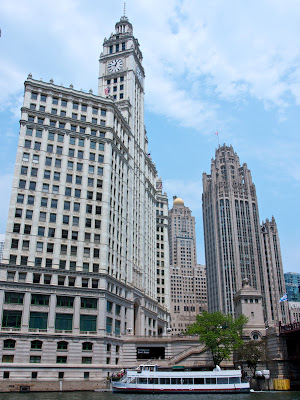 Another view of the Wrigley building. The color is slightly off due to the clouds and white balance. My bad on that. 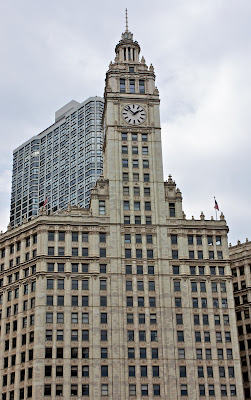 I don't remember the name of this place but I thought it look cool. Like a condo building from Cloud City or the Jetsons. 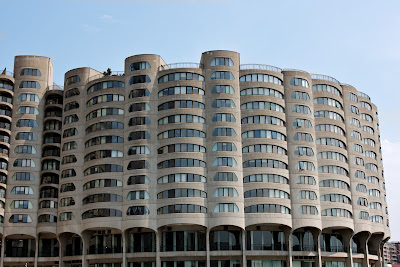 The gigantic Merchandise Mart. This picture does not due justice to the size of this place. 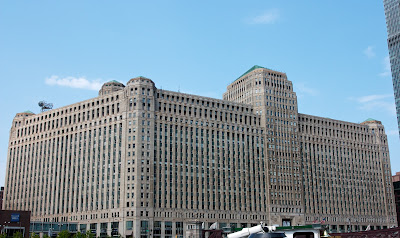 This is looking down the river and the Sears Tower now known as the Willis Tower, but that is tough for a life-long Chicago suburban person to say. 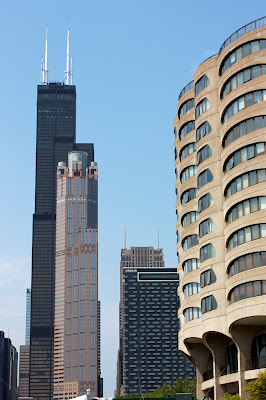 This didn't turn out as well as I wanted, again, moving boat, but I liked the old look of the sign that is about to fall into the water. 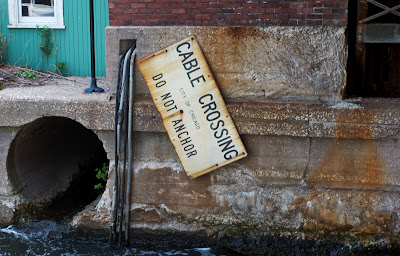 This is a look down the river to the old Montgomery Ward building. I forgot what is all in there now. Again, it is much bigger than this looks. 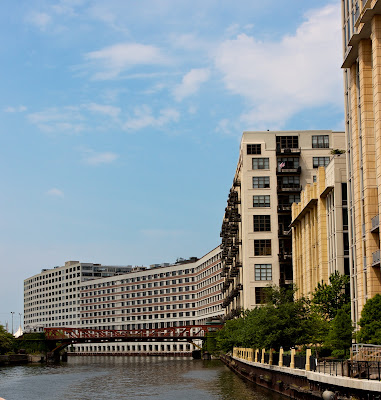 I just like that this said "Sponge" on the old water tank on top. 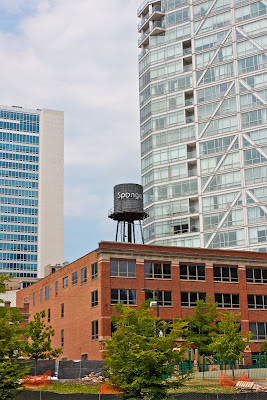 This wasn't on the boat tour, but this is the City Hall building. Imposing. 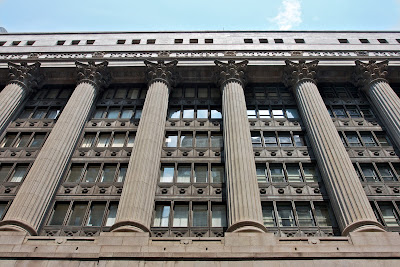 I took more pictures but these were the ones that turned out the best. I highly recommend taking a tour like this if you ever come to Chicago. We took the one through the Chicago Architecture Foundation, which I highly recommend, but there are others as well. If you do go, don't be like me and not pay close enough attention. When I got home the next day I had to ask Jenn and look up which buildings were in the pictures I took.