Since I didn't blow up their website last time Patrick and John are letting me write more reviews over at Functional Nerds. This time I review the latest album by Stryper. Remember Stryper, the Christian metal band from the 80s? Well they released an album of cover songs from classic hard rock and heavy metal bands. Go read about it over there and tell them how much you love the review!
Posted by Mike at 12:42 PM No comments:

I haven't had time to write much here this week since the kids were on Spring Break and I was home with them. We spent a lot of the time catching up on doctor appointments, hiding from the rain and the last few days spent playing Lego Star Wars III: The Clone Wars. Our son has been waiting for that game since Christmas I think.
So, since I don't have much to say I thought I'd add a few photos I've taken the last few days.
This one is the side of an old village hall built in 1907. They don't put these kind of things on the side of buildings anymore. 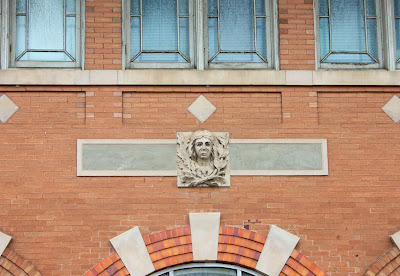 Here is a random cart hanging out behind a gas station. So lonely. 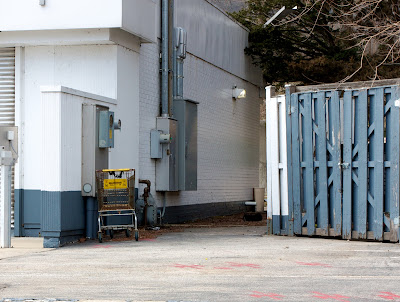 This is the third of fourth robin of spring. Looks a little chubby. 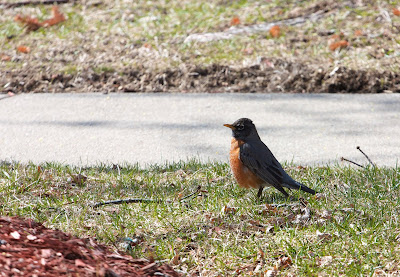 I didn't pull off the exact shot I wanted here with the railroad tracks, but I was afraid of getting run down by a silent train. Or something. 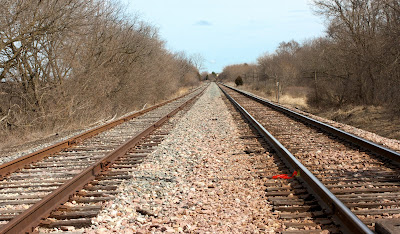 How has your spring been?
Posted by Mike at 7:02 PM No comments:

I will use these for every birthday

We celebrated my birthday a little late with my family on SUPERMOON Saturday. Not much to report really, but Jenn bought these candle for the cake. I want to use these for all the rest of my birthdays. 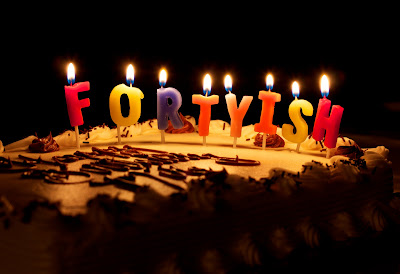 I hope the moon didn't ruin the night for any of you. It was cloudy here so we were safe. No werewolves or anything.
Posted by Mike at 10:03 AM 5 comments:

Meanwhile, back at the lab

I've been watching my Quincy DVDs that I mentioned in my last post. Actually, I've been converting them for use on my iPad, but you know what I mean.

For those not familiar with the show, as the DVD says, he was TVs first crime scene investigator. I don't know if that is true, but it sounds good. Actually, he's a medical examiner that always thinks a death is suspicious and goes over everybody's heads to figure out if he is right. He always is. Did you really expect it to be any different?

Let me explain. I'm not saying I hate it, but the NBC Mystery Movie included Columbo that was a much better show. Quincy, at least in these first several episodes, did not have the same level of writing or acting. It's so clunky. It's not because it is so old, believe me I get a kick out of seeing guys in tweed jackets with giant leather patches at the elbow, but these episodes just don't flow well. It's like they had enough of an idea for a 60 minute show, but since the NMM was 90 minutes they had to cram more stuff in there. One episode I watched was a two-parter that barely had enough material for one.

Oh, and they did not get good actors for these early shows. The main cast were fine, but the guests that they had on were bad. Again, some of the problem was the material they had to work with, but a fair amount of blame has to be put on the guest actors too.

I find it entertaining on how they make Quincy seem like some kind of super doctor. There was one episode where the press was outside getting a statement from another doctor that solved the case along with Quincy. One of the reporters asked Quincy if he felt like he was getting shown up by the other doctor. What? Why would a reporter ask such a stupid question? Would a reporter even know who the LA County coroner was? Especially if this case was not in LA County? Was he some kind of world famous coroner?

Like I said I watched this as the series when I was a kid and I don't remember that he had a serious girlfriend in the beginning. I recognized her, but not from this show. I found out that she was on quite a few episodes of M*A*S*H which I also watched a lot. I still do. According to IMDB, the episode I watched today was the last one she was on so I'm curious to see how she is written off or if she is just gone all of a sudden with no explanation. I can see why they got rid of the character, she didn't have a whole lot to do in the show. They could have kept here on if they could have worked out a role for here to play, but Sam was Quincy's lab assistant already. Quincy didn't need two. Remember he is awesome.

So, am I disappointed? Not yet. It's been fun watching the episodes so far. I especially like the one on Catalina Island since Jenn and I were just there. I was trying to see things in the background that I remembered. The Casino was the only thing I could see.

I'm interested to see if the episodes tighten up and make a legitimate case for why the show lasted for nearly 150 episodes. Then again, I have yet to understand how Two and a Half Men lasted as long as it did.

My son has been home sick for the last three days, so I haven't had much time for anything. But, after watching this video, I know how I can get some golf practice in. So, if you'll excuse me...